Analysis, readings, themes, words, concepts, ideas, expressions … This is the reflective atmosphere in which one is immersed visiting the double collective Double Thread. Schapira and De Marchi play an argument that starts from the shared use of fabric and thread, to then divide and intertwine on themes and discourses that are more current than ever. We move from the vision of the contemporary world, to the concepts of nationality, of geographical and mental boundaries to come to examine the meaning of time and music.

De Marchi-Schapira’s double-threaded exhibition moves building threads of a serious and shared discourse on contemporary topics and themes. “Double Thread” thus becomes a fabric of ideas that reflect a dense and complicated plot, but that ultimately opens up to a broader vision of the world around us.

Having grown professionally in Milan, DADO SCHAPIRA made his debut in the art world in 2010 with his participation in the Mi Art and with the first personal exhibition “Silenzio e Tensione” in 2011, on both occasions with the Fabbrica Eos Gallery in Milan, to this his first double commitment was followed by several solo and group exhibitions in Italy, in Arona, Cortina d’Ampezzo, Busto Arsizio, Bologna, Milan, Rome and Venice; abroad in U.S.A., Houston and Los Angeles, and Abu Dhabi, in addition to attendance at various fairs and some contemporary art auctions.

In Schapira’s works the threads trace or caress the writing, with their colors, the multiple knots and textures, trying to guide the emotions towards the different interpretations. Thus the planispheres or the geographical maps, drawn by infinite thesis threads, represent our lives that are intertwined together with one another, often independently of our will, in the silence of words or in the music of the time. Not differently in the work on small books with the decomposition of drawings or images, often of the world, studied and positioned almost methodically or randomly arranged between them, it is easy to imagine stories and emotions, free to move at the first breath of air, to run apparently through our existence in time and forever.

CRISTIANA DE MARCHI‘s work explores social and political themes: memory, identity, contested borders and contemporary nationalisms. Through the use of fabrics, embroidery, video and performance, De Marchi instigates processes that draw attention to the tools of power, exploring their structures.

Taking possession of a sign, the artist distills it, reducing it to its constituent elements through cyclical and repetitive processes such as the aiming of sewing and the removal of embroidery stitches, or through the resumption of transformative processes of matter (ice-water, liquefaction of soaps, but also the paroxysmal swelling of a balloon until the inevitable explosion). Every work makes use of the potential implicit in the processes of progressive transformation, triggered first and then observed. The words are physically amplified or isolated to highlight them in their individuality, suggesting the power inherent in their meaning. The flags are emptied of color, encouraging renewed considerations on their distinctive character. The maps are arbitrarily expanded, exploded creating spaces between places whose reproduction does not exclude the error perpetrated by the fallacy of the mnemonic processes. Monochrome, white and black maps neutralize the boundaries and the seemingly impenetrable threshold that separates public and private spaces, showing that what seems immutable in fact has always been fluid.

Examining etymologies, maps, spaces and national symbols, De Marchi and Schapira strongly emphasize the function of the sign. By revealing their physical and symbolic components, the artists emphasize their position within more open structures, alluding to mechanisms of broader conceptual scope, expressed calmly and at the same time of great effectiveness.

The exhibition opens to the public on Saturday 5th October from 18.00. Open until November 9th 2019 at the following times: Tuesday to Saturday 14.30 – 18.00 at the Exhibition Spaces of Villa Brentano on the 1st floor, in Via Magenta, 25 in Busto Garolfo (MI). 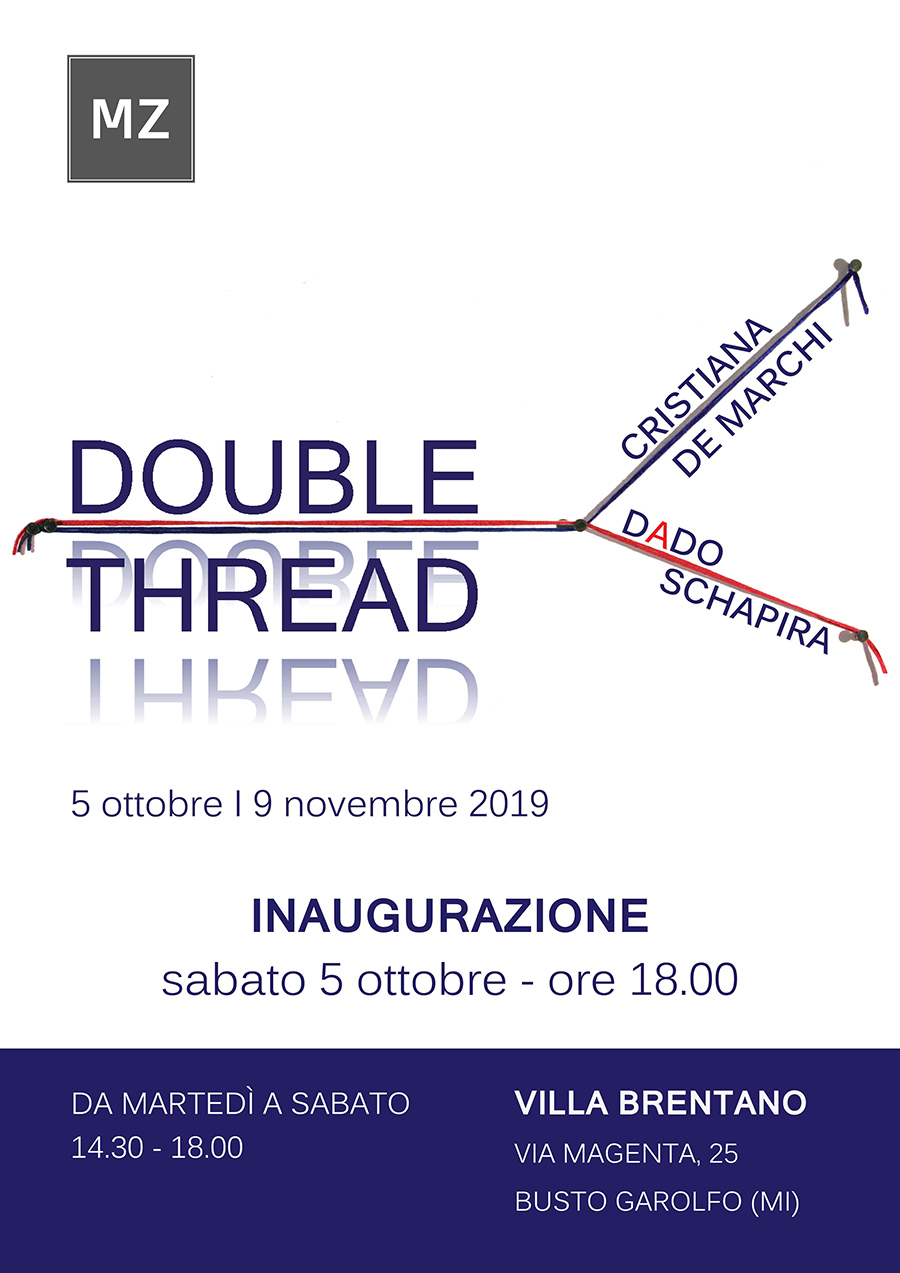